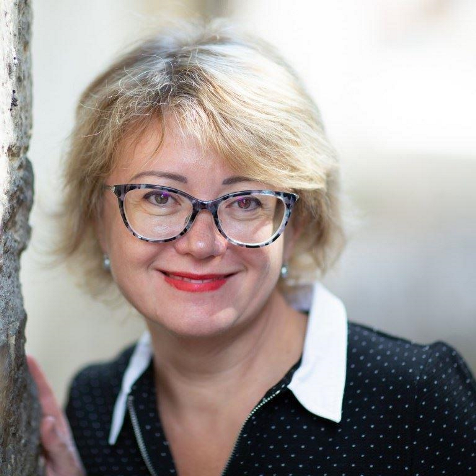 Co-founder of the ArtDialog association and professional musician

Svetlana Vasylyeva received her musical education at the Special Music School for gifted children in Kiev, the National P.I.Tschaikowski Music Academy, the Orchestra Academy Schleswig-Holstein Festival in Germany, European Mozart Academy for Chamber Music and the Geneva Music Conservatory. Moreover, she completed a course in management of cultural projects at the University of Lausanne "ARTOS".

The musical career of Svetlana Vasylyeva in Ukraine has related with the orchestra of the National Opera and the Chamber Orchestra in Kiev, under the conducting of Roman Kofman. After her relocation to Switzerland, she worked in orchestras, such as MusicAeterna under Theodor Currentzis, the "Orchestre de la Suisse Romande", the Orchestra of the Zurich Opera, the LSO Luzern, "Solistes Européens Luxembourg", "Musikkollegium Winterthur" and the "Ensemble Symphonique de Neuchâtel". Recently, she takes an active part in the social life of the orchestra and is also appointed as a deputy of it since 2013.

Since 2012 Svetlana has been the president of the association and the artistic director of the ArtDialog Festival. Within this position, she got the opportunity to work with a number of artists and organisations, such as Natalia Gutman, Miklós Perényi, Arkadi Volodos, Boris Berezovsky, Nikolai Lugansky, Konstantin Lifschitz, Vadim Gluzman, Heinz Holliger; Rostropovich Fondation, Spivakov Fondation and others. This gave her the opportunity to build a large network around the world. However, it is not only the renowned artists she is passionate about – Svetlana sees high potential in young talents, such as Daniel Lozakovich, Varvara Kutuzova, Davit Khrikuli, Alexandra Dovgan, Teo Gertler, Shio Okui, Himari Yoshimura and invests time and effort in supporting these future stars. One of her current projects reflect exactly this: by partnering up with the Rachmaninoff Foundation Villa SENAR in Switzerland, she makes sure to connect potential investors and virtuosos with the stars of tomorrow.

Svetlana Vasylyeva is convinced that "only those can be called professional who are passionately devoted to their work, are constantly evolving and seeking perfection, but knows, that this path is endless“.